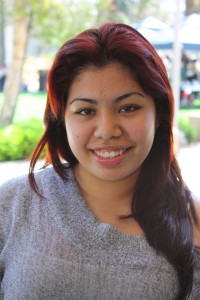 “I realized that so much could be done — not just focusing on the fact that women aren’t equal to men, but more on the overall aspect of making a change for better.”

As a women coming out of my teenage years and the idea of being a teenage girl, turning into an adult was a drastic change. Having responsibilities and all these new things in my life came all at once without any heads up.

As I found myself in my Women’s Studies class I started seeing that the course wasn’t just about getting my credits and passing it. I realized that so much could be done — not just focusing on the fact that women aren’t equal to men, but more on the overall aspect of making a change for better.

Different women were brought in class to talk to us about what they do, how their lives are, their ambitions and goals. Each one had a different story to tell us, yet all had one purpose, which was to do something to make things better for at least someone, and that would make the difference.

What was very challenging was the work and working in groups. I mean I am used to a heavy workload since my high school was a charter school, but the work was more hands on. The whole idea that we would be helping or be part of a project that is working to bring a new perspective to this society was kind of scary.

As I continued in the class I went out of my comfort zone and interviewed people that I didn’t know, not that I’m shy to talk to random people, but it does feel intermediating when people at times don’t care and want to go on with their day.

The whole course gave me a different perspective. Something that caught my attention was when we had a guest speaker Carmen Marron. She was a street dancer and is the director of a movie called “Go for it.” I loved how she came and talked to us.

What I liked was when she asked everyone to say something that they had a lot of passion for and just let it fade away and why. She went one by one with all the students in the class. When she came to me I told her it was basketball, when I was young all the way through high school I played ball. Once I graduated I stopped. She asked me why and I just told her I didn’t know. She told me about one of her friends who was a track runner and that I reminded her of her. She told me that I shouldn’t let it go and even if I didn’t play, there were different things I could do.

I recently started going to the park and playing again, I’m not as good as I used to be, but with more practice and dedication I may want to join a school team or something.

I may or may not grow up be an activist and promote all these different ideas because politics and all that has never been in my plans, but I do know that in my career choice which is to hopefully be in the FBI, I will do things for good and to make a change for all the harm that is done every day.