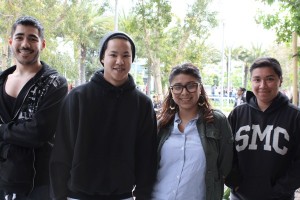 Why Activism is Important for the ERA

Why don’t college students vote? Because they don’t know their rights and because they were never taught about the Equal Rights Amendment in high school or primary or secondary school. 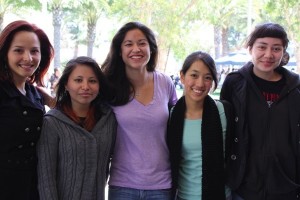 “The difference between the First, Second, and Third Waves is our cultural DNA. Each generation has a drive to create something new, to find that distinctive spark that Silver couldn’t locate that day in D.C.” (Baumgardner and Richards, 129).

The first thing that came to my mind when I heard about activism was that you had to be active. An activist to me was a person who was radical, aggressive, assertive, and sacrificed their time to be involved in creating change. This concept initially intimidated me even though I am a Women’s Studies major myself. But after having Janice Littlejohn and Keri Smith as guest speakers in my class, I finally understood what activism is and that the idea itself, isn’t so scary after all.

Surely, feminism back in the first and second wave was much better known among women. Feminism was more radical in a sense, and it heightened when women started to flood the workplace and move out of the domestic sphere into the social sphere.

Today, feminists are still activists, but their style of approach towards activism can be defined in different fields, whether it’s through comedy tours like Keri Smith, or journalism and filmmaking like Janice Littlejohn. I think that women are all activists of feminism in their professions when they make decisions that involve politics and they are empowered to be independent.

Even the authors of Manifesta agree that fighting for equality doesn’t mean that individuals have to sacrifice their entire lives like Susan B. Anthony did to reap change. Women can find a genuine way to support and advocate for feminism in things that they love or social issues that personally affect them.

Women all struggle with sexism even when they’re not involved in politics. Keri Smith lectured in class that before starting up her own company, she worked for a bigger company that was dominated by male top dogs who sought to only maintain male values. By starting up her own company, she became an activist of feminism because she refused to be oppressed by the decisions of men who didn’t treat her equally, like her fellow male employees.

I want to shed light on why activism is important among the youth generation. In high school, my former U.S. History teacher once told me that he wished more of the youth would rebel against old, traditional and conservative norms. He believed that change was most effective when garnered by the youth because we are next in line in shaping the outcome of our future, and the government and society we wish to live in. He was absolutely right. The youth population is ultimately a minority and we are marginalized in comparison to the rest of the nation. Why is that? Because not enough college students vote when it comes to elections. And why don’t college students vote? Because they don’t know their rights and because they were never taught about the Equal Rights Amendment in high school or primary and secondary school.

Young people are full of enthusiasm, spirit, and connected by social networks like Facebook and Twitter that allow them to voice their opinions. I remember last semester I conducted research on myself to see the level of mediation I was exposed for two weeks. In comparison with high school students and my college peers, I was surprised that their level of mediation was exponentially higher than mine.

A call for change can go viral among the youth because of the tools and technology we are savvy in today. My point is that young people, especially young women are capable of deciding their own fate when it comes to tackling patriarchy but they need to have the resources and information in their academic curriculum in order to do so.

To many people, radicalism is thought of as something negative, intimidating, and a turn off for people to support a cause such as feminism. Radicalism tied to feminism is always affiliated with things like anti-men, lesbianism, or wanting to become men. Not everyone has to use radical tactics to get their point across, but radicalism should not be condemned, but rather acknowledged and appreciated. Sometimes it is necessary to be radical in order to achieve a call for change.

“In Virginia and Texas, they have forced women to have medically-unnecessary ultrasound exams without their consent. The absence of consent violates Nuremberg principles of ethical medical practices, inflicts what the law considers to be an ‘assault’ and, as if that were not enough, forces women to pay for the privilege themselves.” This particular report is a consequence of the ERA not being ratified in the U.S. Constitution. Without the ERA, women are subjected to unequal benefits from pension, tax rates, social security, and being a household mother to their children.